My friend and I started off for an invigorating walk in the neighborhood of Birkenhead, which is located on the Wirral Peninsula across the Mersey River from Liverpool. 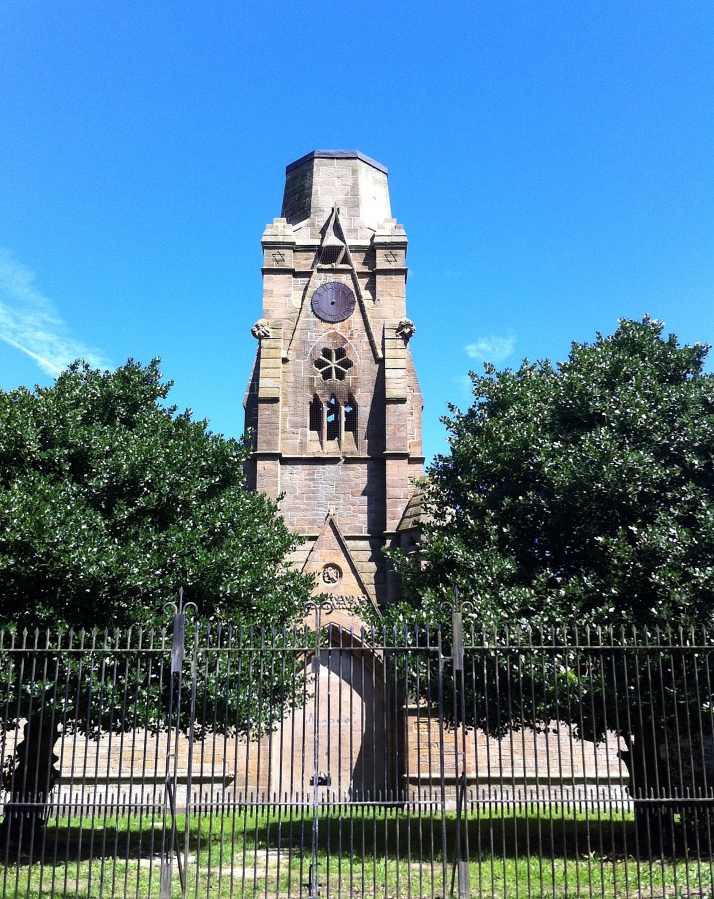 About a quarter of mile into our walk we came upon the Flaybrick Memorial Gardens, a fairly old cemetery, dating back to 1864.  It was originally named Birkenhead Cemetery and had three chapels, a Roman Catholic chapel, a Non-conformists chapel and the Church of England chapel, all of which are either torn down or no longer used. 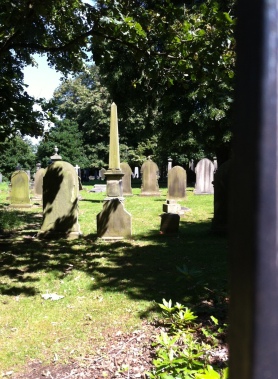 In 1990 it was designated a conservation area by Wirral Borough Council, who own the site and renamed the Flaybrick Memorial Gardens.   There are many fine specimen trees throughout the cemetery, including the cut leaf beech, monkey puzzle tree, silver lime tree, and  the London plane tree.

After walking around the perimeter of the closed cemetery taking photos we crossed the street to the entrance of the Tam O’Shanter Farm. This is a delight for little children who have never seen farm animals up close and personal and to get an education in farm life and the many varieties of farm animals.

Treking up the path parelleling the farm, we headed up the hill towards the Bidston Hill windmill. We looked at the map in the carpark but were totally bamboozled as to where the path was leading to the windmill! After a few false starts we finally made our way in the right direction.

This was really beginning to look like a forest, dark, dank, and dangerous with very uneven paths, but nonetheless awesome and beautiful!  According to the Bidston Hill Heritage Trail this was a 2.5 mile trail.

We slowly made our way up the rough uneven terrain, eventually coming to a partial clearing. Making our way around a curve in the woods we could see the windmill!

The windmill has been here since 1596.  For the history of this impressive windmill
click here.

After resting a bit, we headed further up the trail to view the observatory, which was not open to the public at the time.  And, a further bummer, later I discovered there was a stone carving we missed seeing, called “the sun goddess”, which
Wikipedia states: “There is a 4 1⁄2-foot-long (1.4 m) carving of a Sun Goddess, carved into the flat rock north-east of the Observatory, supposedly facing in the direction of the rising sun on midsummers day, and thought to have been carved by the Norse-Irish around 1000 AD. An ancient carving of a horse is located on bare rock to the north of the Observatory.[

Heading down the hill  and round the bend into more thick terrain we came upon a clearing with a magnificent vista of the city of Liverpool! 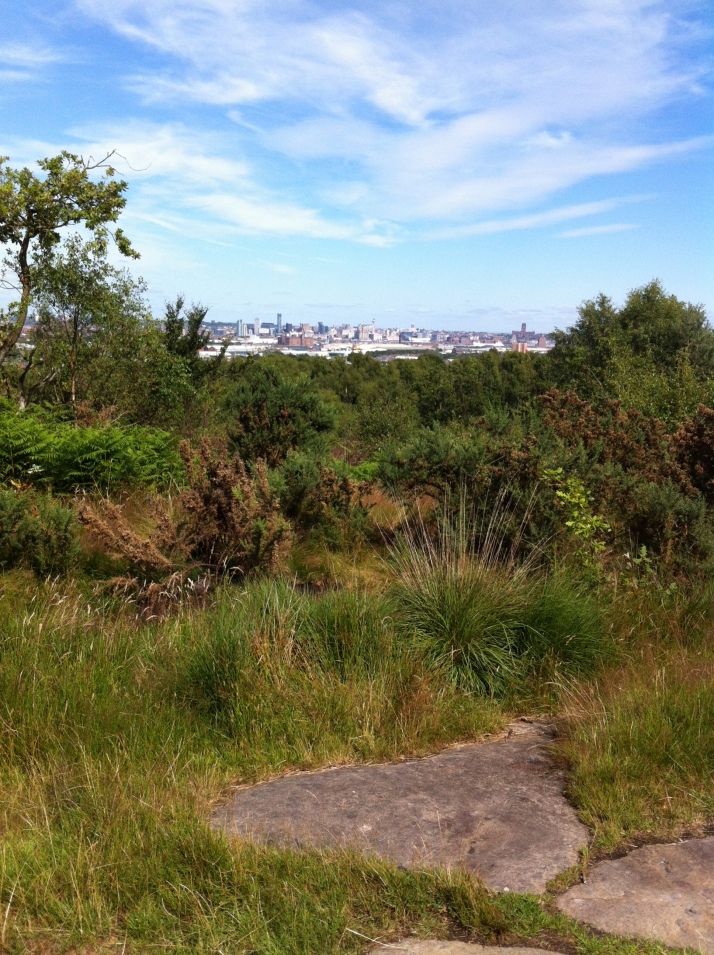 And this ended our scenic hike through the Bidston Hill Heritage Trail – at least the scenic part.  All that remained was finding our way out, as the paths had become rather overgrown, indicating most hikers headed back in the other direction!  For a most interesting pictorial and written history of “Bidston – the Hill” click here.