Whitby is a seaside town in Yorkshire, northern England, split by the River Esk. On the East Cliff, overlooking the North Sea, the ruined Gothic Whitby Abbey was Bram Stoker’s inspiration for “Dracula”. Nearby is the Church of St. Mary, reached by 199 steps. The Captain Cook Memorial Museum, in the house where Cook once lived, displays paintings and maps. West of town is West Cliff Beach, lined with beach huts. Wikipedia. 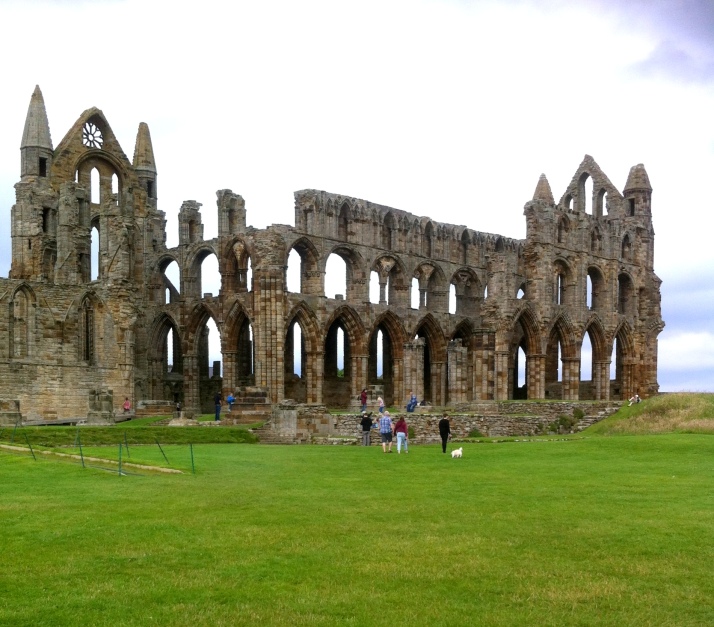 To me, the crowning glory of Whitby are the ruins of the Whitby Abbey.

To reach St. Mary’s Church and the Whitby abbey one must climb 199 steps to the top of the East Cliff above Whitby. 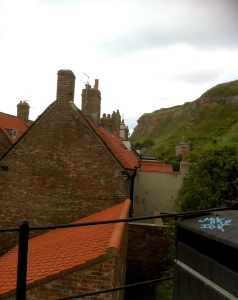 At the  top of the hill there is a magnificent view of Whitby.     St. Mary’s cemetery sits at the top of the cliff overlooking the town.

After visiting St. Mary’s Church, we venture on to the ancient Whitby abbey ruins behind the church. Both the church cemetery and the abbey ruins were the backdrops for  Bram Stocker’s  horror story of “Dracula”.  Here is a link to the story of “how Dracula came to Whitby”. 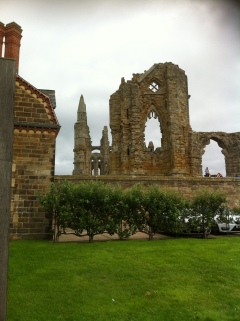 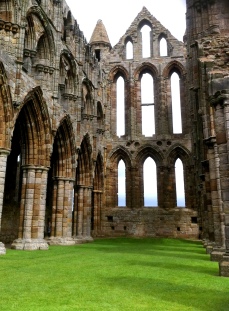 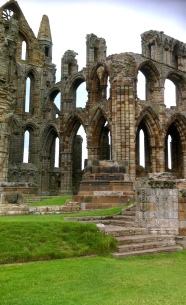 Back in town, Whitby is a tourist’s delight for cafes and restaurants, as well as book stores, souvenir shops, and art galleries. 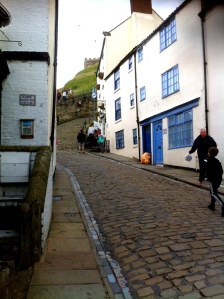 Mr. Seagull was eager to pose for me.  He was very patient and unafraid as I came closer and closer to take his picture. 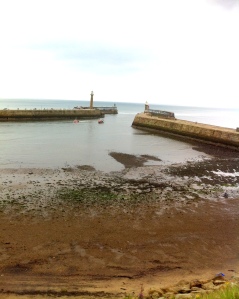